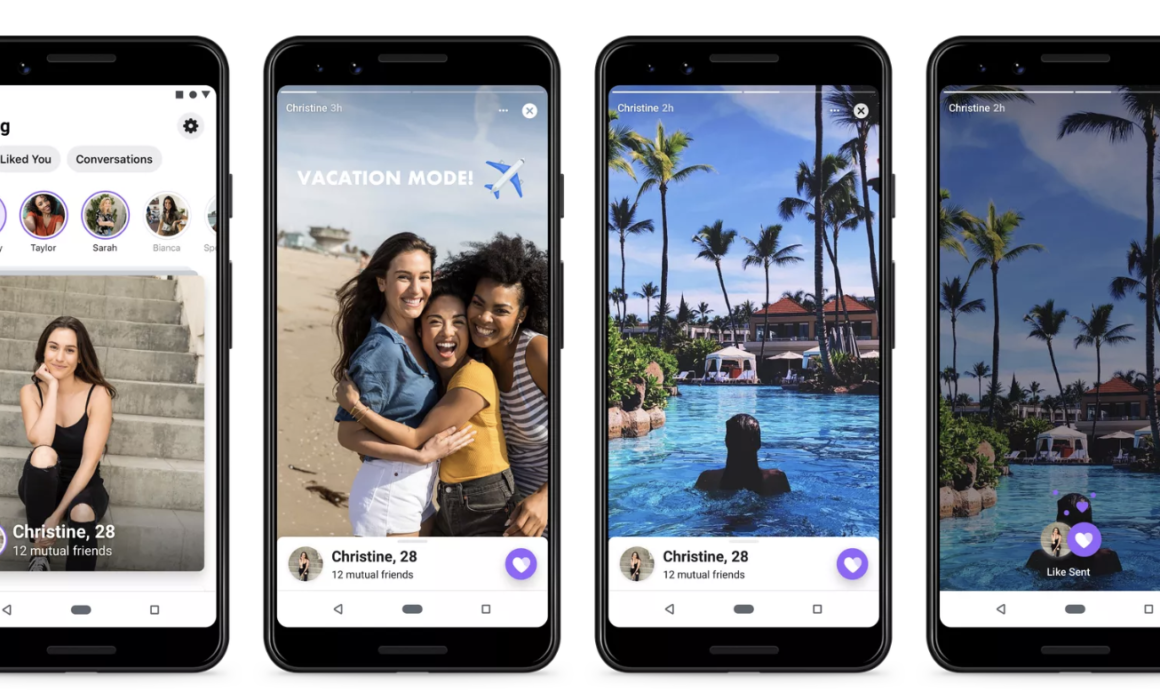 Facebook considers testing hidden Like counts
Following in the footsteps of sister platform Instagram, Facebook is getting the hidden likes treatment. Super social hacker Jane Manchun Wong has spotted Facebook prototyping the hidden Like counts in its Android app, and when questioned about it, Facebook confirmed that it’s considering testing this. We’ll have to wait and see if the test does indeed go ahead, but it could mark another significant shift in the metrics we know and love (or, erm, like) on social media.

Facebook launches Dating service
Facebook may get rid of likes, but it’s going big on LOVE. The platform has now launched its dating service – imaginatively named ‘Facebook Dating’ – in the US and 19 other countries including Brazil, Canada and Singapore. Available to users 18 and over, the product will appear as a new tab within the Facebook mobile app and requires users to opt in. At the moment, Facebook Dating is free and contains no ads or in-app purchases and it will come to Europe early next year. Those who decide to take the plunge can create a separate profile and meet potential partners from friends of friends, or completely outside of their friend network. In true  helpful Facebook style, it will suggest matches for you based on preferences you express when you create your profile, along with your interests and Facebook activity. Better start un-liking all those Pages you signed up to a decade ago then. 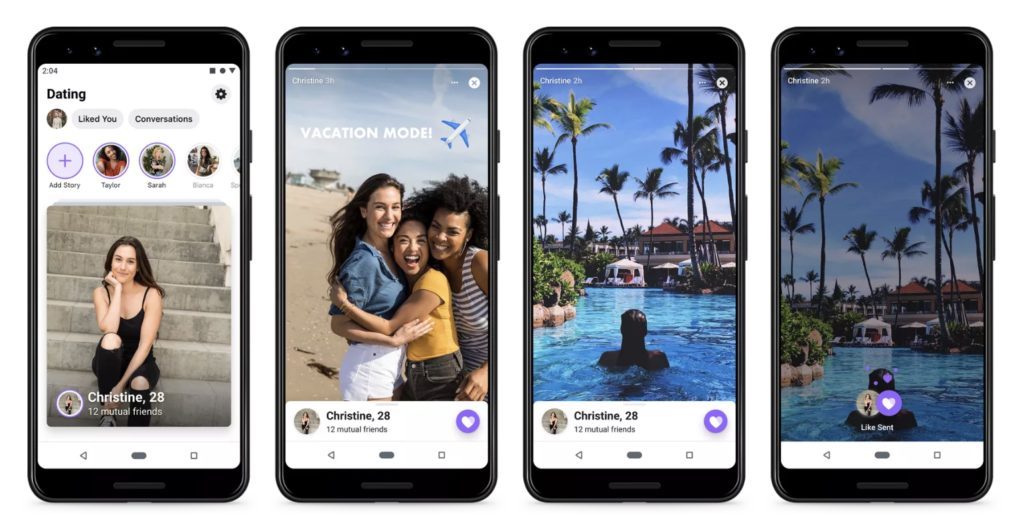 Facebook makes facial recognition tech opt-in
Facial recognition has been around for ages on Facebook, but the platform is now changing how it uses the technology (due at least in part to pressure from a rather whopping lawsuit, no doubt). Facebook has run into trouble with the law due to its “tag suggestions” feature, which is able to pick out individual people in photos as soon as they are uploaded. From now on, if a Facebook user wants to use its facial recognition technology, they will have to opt in. It will be off by default for all new users and existing users will receive a notification to ask whether they want to enable it.

Facebook rolls out Groups-focused desktop layout
Facebook is rolling out its revamped desktop layout, which aims to bring it more in line with its mobile app, while making it easier to navigate between different usage areas. The changes will help boost Groups – one of the platform’s major focus areas – because, as Facebook says “There are tens of millions of active groups on Facebook, and when people find the right one, it often becomes the most meaningful part of how they use Facebook”. 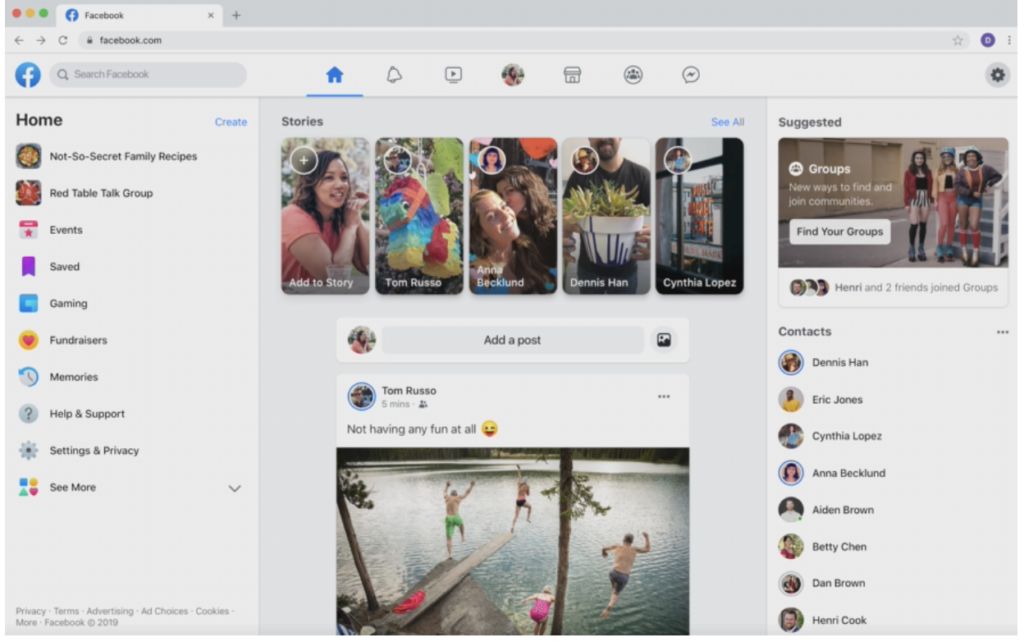 YouTube launches dedicated Fashion vertical
Looking good, YouTube! The video platform is giving beauty and style videos a more dedicated focus with the launch of YouTube.com/Fashion: “a single destination for style content on YouTube”. Aiming to capitalize on the billions of views beauty-focused content generates, it will look to better manage content such as style videos from top creators, industry collabs, catwalk live streams and vlogs from fashion icons. Featured contributors include creators Camila Coelho and Jenn Im, brands Louis Vuitton and Dior and publications like British Vogue. YouTube says the number of Fashion & Beauty channels on the site have grown more than 6X from 2014 to 2018, so you can see why this move makes sense. 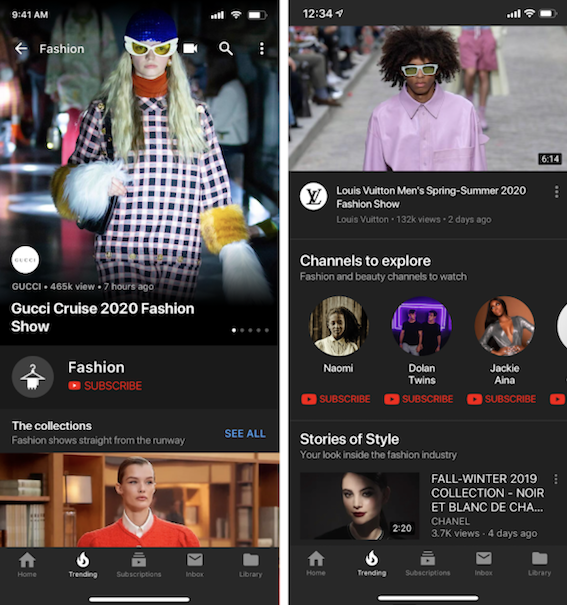 Snapchat links with Spotify for music sharing and more
Snapchat is the latest social platform to link up with Spotify, allowing people to share a song, playlist, artist profile or podcast either directly to friends on Snapchat or to their Snapchat Story. Spotify users can tap the three-dot share menu in the app and choose Snapchat from the drop-down list of places to share on – others include Stories on both Facebook and Instagram. In addition to sharing music, Spotify artists will be able to promote their music to Snapchat’s users – a sought after audience of primarily young adults. Music to their ears, no doubt.

TikTok partners with the NFL
TikTok has signed a deal with the NFL to bring its content to worldwide fans. As part of the partnership, an official NFL account has launched on the platform, and a series of hashtag challenges and other bit of promotional material will run; the first hashtag challenge was dubbed #WeReady. TikTok were also on the ground at the Soldier Field in Chicago for the September 5 kickoff, where fans could create videos in an NFL-themed experience.