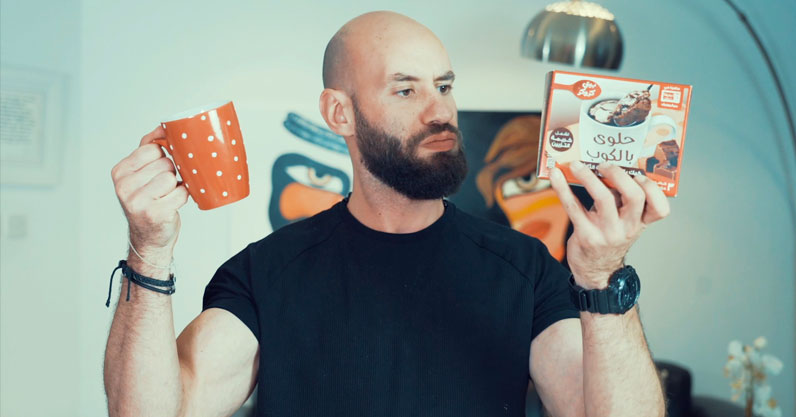 When words aren’t enough, say it with Mug Treats by Betty Crocker.

This Valentine’s Day, we wanted to take a little de-tour from the typical lovey dovey campaigns and add some humor to Betty Crocker’s strategic approach.

Why is it all about women on the big day? This year, we took on the challenge to target the men of the region. With the goal to poke fun at gender stereotypes, our campaign aimed to create light, humourous content pieces, whilst communicating the benefits of Mug treats – as they are easy for everyone.

I mean, what better way to say I love you then with dessert! And that’s how our campaign #ManliestThing came to fruition.

We created a series of voice-over led videos ( showcasing examples of ‘ridiculously manly’ behaviour all ending with “Baking for her” as the manliest thing you could ever do.

We then asked users to share the #ManliestThing that their loved one has done for Valentine’s Day for a chance to win a trip for two to Paris, on Betty Crocker!

The campaign generated some serious love:
The videos outperformed the KPI by an incredible 321%, with a total of 801K engagements
It also generated a VTR of 17.36% (above industry benchmark), despite not being optimized for views
150 people took part by sharing their #ManliestThing

Moral of the story is a little humor never hurt nobody – especially when it comes with a bit of cake!

WIN a trip for 2 to Paris! 🇫🇷 With Valentine's day right around the corner, we want to know what #TheManliestThing you or your loved one has done, by sharing an image in the comment section using #TheManliestThing.*Only comments with images will be accepted. 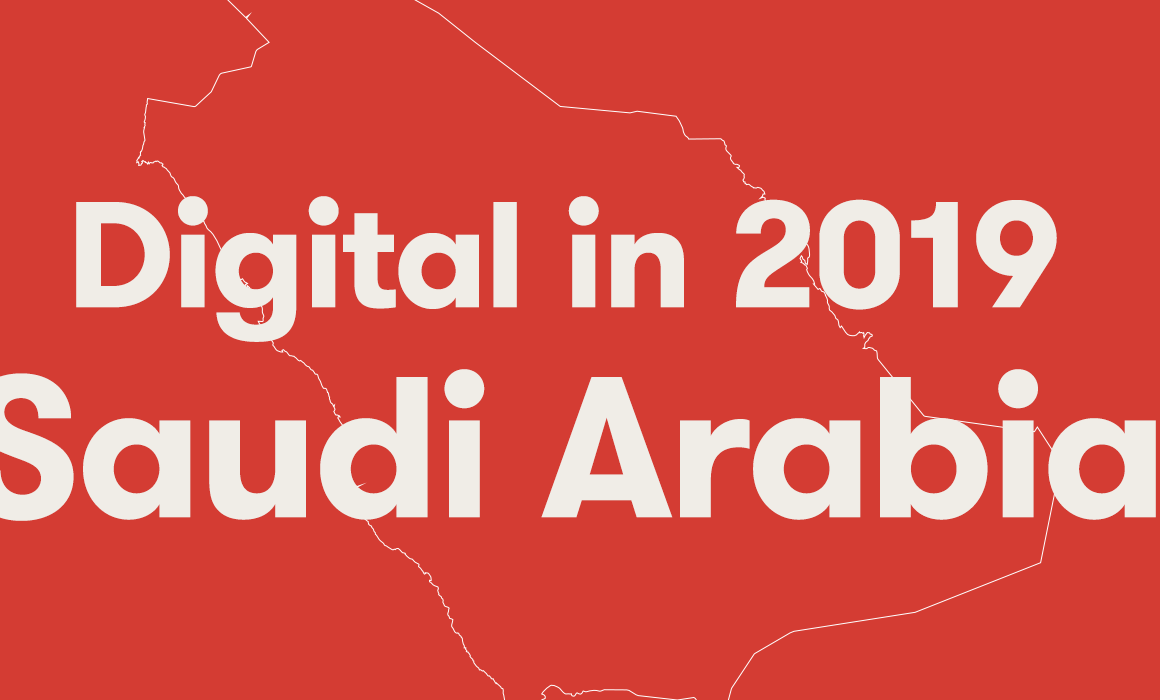 Saudi Arabia in 2019: A Year of Digital Growth

Socialize, in conjunction with We Are Social and Hootsuite, the world’s leader in social media management, today released their Digital 2019 report, examining social media and digital trends around the world.
Here is a look at the most significant data coming out of the Saudi Arabia report, giving us a first understanding at the possible trends, changes and behaviors that could shape the year ahead.

Digital 2019 Saudi Arabia (January 2019) v01 from DataReportal
Saudi Arabia leads the world in Snapchat, but Instagram is coming
Saudi currently has the world’s largest monthly active Snapchat audience, with almost 14m users.
However, since the end of 2018, there’s been a sharp drop of 15% in active Snapchat users, while Instagram’s user base has grown 8% in 2018, catching up quickly with 13m active users. 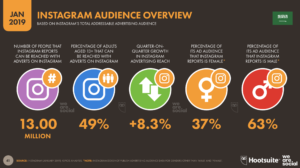 Facebook is still slightly ahead of them both with 15m, but it wouldn’t be a big surprise to see Instagram overtake them both as the year goes on.

This could also be an indicator of greater value being placed on the protection of personal information, given the increasing concern for social privacy.

E-commerce is thriving
While Saudi Arabia lags behind the global average when it comes to online spending, the last year has seen tremendous growth, with 64% of Saudis now saying they purchase a product or service online on a monthly basis.

This behavior is heavily weighted towards mobile, with 51% of people making a purchase on a phone, compared to just 24% on a laptop/desktop computer. 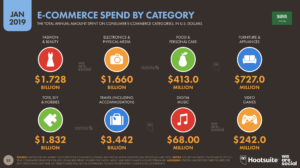 In 2018, the total value of the consumer goods e-commerce market in Saudi Arabia was estimated at $6.36 Billion, up 15% from the previous year. The highest spend was seen within the travel (including accommodation) category, which accounted for 50% of total online spend.

Video streaming and messenger apps dominate mobile activity
Of all internet users in Saudi, 89% use mobile messenger apps every month – an increase of 6% since last year. Similarly, 90% of Saudis now watch videos on their mobile each month, a rise of 8% in the same time period. 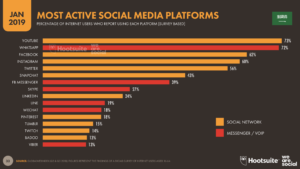 It’s unsurprising then, that the platforms with the highest penetration across the Kingdom of Saudi Arabia (survey based) are YouTube and Whatsapp.